This website stores cookies on your computer. These cookies are used to collect information about how you interact with our website and allow us to remember you. We use this information in order to improve and customise your browsing experience and for analytics and metrics about our visitors both on this website and other media. To find out more about the cookies we use, see our Privacy Policy.

If you decline, your information won’t be tracked when you visit this website. A single cookie will be used in your browser to remember your preference not to be tracked. 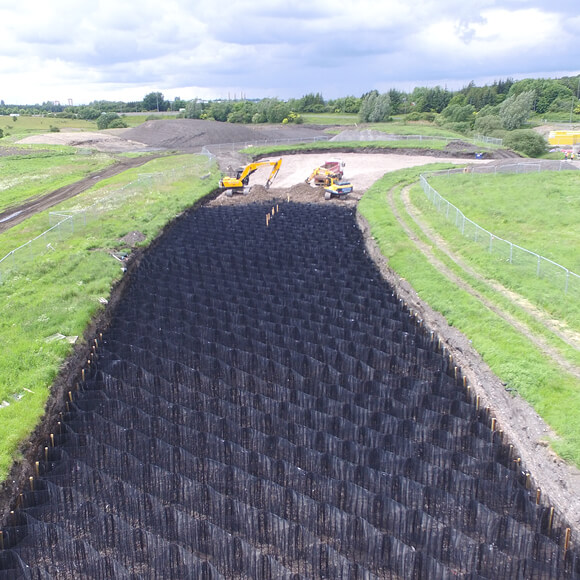 When faced with weak underlying soils, excavation and replacement can be costly and disruptive, and piling is a common but expensive option. Tensar takes a different, more efficient and cost-effective  approach to foundation and embankment stabilisation, creating stiff platforms that distribute loads over weak soils. 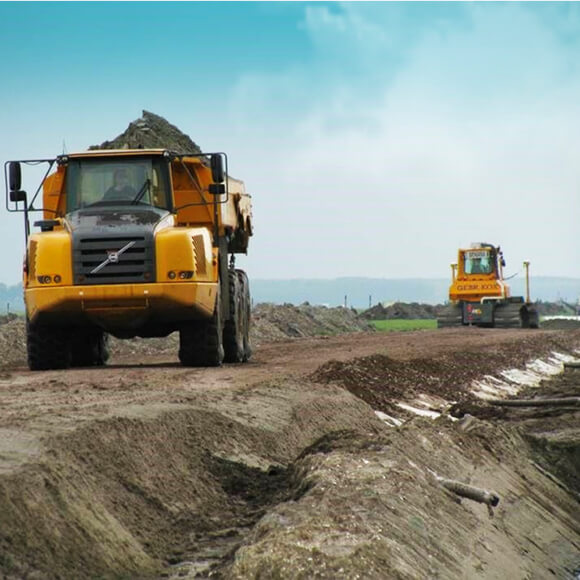 The construction of stable embankments, bridge approaches, causeways, levees, and dikes over weak soils is challenging. The earthworks for these projects are expensive and time-consuming when built by conventional means. However, Tensar offers foundation systems that create stiff, stable foundation platforms over weak soil at the base of the embankment. The two key systems are TensarTech Stratum and Tensar Basetex Basal Reinforcement. These systems reduce construction footprint, differential settlement potential, and fill-volume requirements. They can enable single stage construction, greatly reducing the project time-line.

There are two types of design approach available for an LTP: Tensioned Membrane and the TensarTech Plateau.

The Tensioned Membrane Load Transfer Platform is designed so the embankment is supported directly by two orthogonal layers of high strength Tensar Basetex geotextile spanning in catenary between the pile heads, and it can use poorer quality fill.

A TensarTech Plateau uses an enhanced arch mechanism, developed within a granular layer stabilised with layers of Tensar geogrids, to distribute load into the piles or stone columns below. 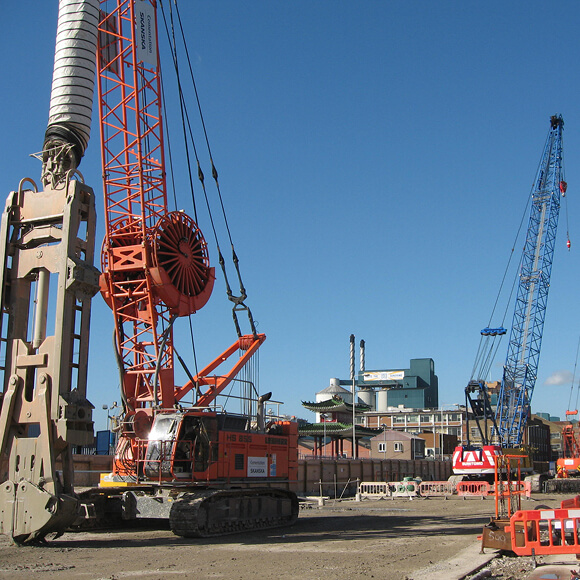 The consequences of subgrade failure or excessive settlement can be catastrophic in terms of the cost of equipment damage, lost time and injury to site staff and unfortunately, the static loads applied to the subsoil where cranes operate can be extremely high. Tensar geogrid technology has been proven to enhance the performance of crane platform structures. Mechanically stabilised crane platforms incorporating Tensar geogrids have supported large cranes operating on bridge deck replacement, wind farm sites and industrial developments. Cost savings of up to 40% can be achieved and in most cases, construction time can also be reduced by 50%.

Deep foundations and ground improvement techniques are well-suited to support tall and heavy structures, where severe liquefaction events and lateral spreading are expected. However, these solutions are very costly for structures typically founded on shallow foundations. A Tensar mechanically stabilised granular layer offers a more economical solution by creating a non-liquefiable crust that helps prevent surface manifestations and bearing capacity loss. Project savings of up to 50% have been realised, compared to deep foundations and other ground improvement techniques. 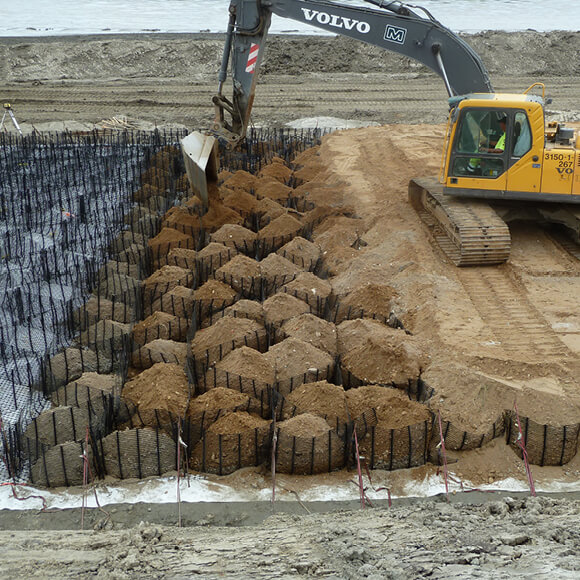 Differential settlement between approach embankments and rigid structures, such as bridgeworks or culverts, can lead to unacceptable ride quality, often requiring repeated maintenance. The incorporation of a Tensar foundation system below the approach embankment, can be used to create a transition zone, reducing differential settlements.  Designs may utilise a stiffened platform created by TensarTech Stratum, Tensar LTP or Basal reinforcement with Tensar Basetex high strength geotextile. Project specific conditions will determine the most appropriate solution.

Construction of embankments over areas of deep mineworking, brownfield sites or certain types of substrate, need to take account of possible sinkholes of voids opening up beneath the embankment, perhaps decades after construction is complete. Basal reinforcement comprising single or multiple layers to Tensar Basetex can be designed, to allow the embankment to span voids and provide long-term support to the embankment. In some cases this can avoid the alternative of deep grouting or structural foundations.

There are no results that match your search. Please try another search or Contact Us with further questions. 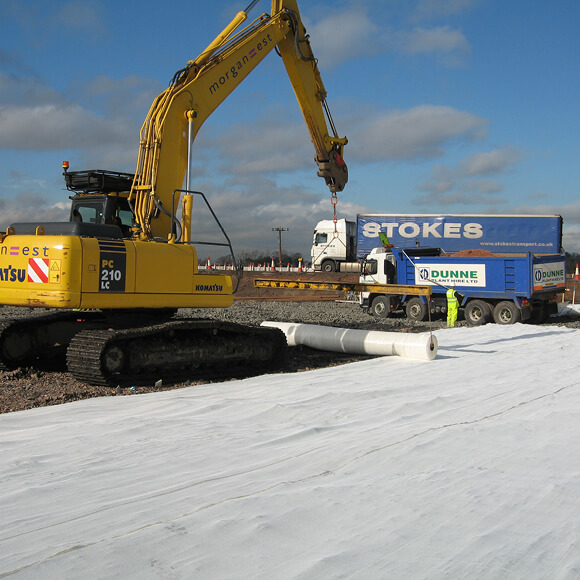 The benefits of a Cellular Foundation Mattress

Get contact information for your local engineer or distributor so we support you to get the right solution for your project today.